“Our planet is a lonely speck in the great enveloping cosmic dark. In our obscurity, in all this vastness, there is no hint that help will come from elsewhere to save us from ourselves.

Those are the words of the late astronomer Carl Sagan in his book Pale Blue Dot: A Vision of the Human Future in Space (1994, published by Random House). I only discovered these beautiful proses very recently, as they were quoted at the end of a lecture given by Nobel laureate and former US Secretary of Energy, Steven Chu. The talk was enlightening and enjoyable, but I found Carl’s words even more thought-provoking.

The idea of Earth as a common home for all human beings is not new to me, but placing it in the context of a lonely speck of life against the vast universe really made me think about it in a whole new light. Regardless of race, religion, nationality, age, gender, we, humans, are all residents of the world. The Earth is bigger than all states, and the problems facing our world transcend all geographic and cultural borders. Therefore, to deal with these problems, people need to be united under the common umbrella of global citizenship.

In my view, a global citizen is a person who associates his wellbeing with humanity as a whole, regardless of geographic borders. Such a person considers the Earth as home and fellow human beings as brethren. There are different stages of becoming a global citizen: awareness, understanding, association, and responsibilities. With the exception of some tribes, most people are aware of the existence of other countries, other races and cultures. But not everyone perceives well the wholeness of humanity on Earth and the uniqueness of Earth in the universe. A global citizen knows that we, humans, share this world, and that there are problems not contained inside national borders. The next stage – understanding – involves the knowledge of such problems and of the potential of solving those, using combined efforts from people all over the world.

A global citizen understands that dealing with problems at the global level, requires global efforts, himself included. And with that, he will come to associate his own interests with the prosperity of mankind, and given the right conditions and leadership, could reach the highest level of global citizenship: responsibilities and taking actions.

Being a global citizen does not mean abandoning local communities, it is more like expanding the responsibilities and acting for a greater cause. If one is oblivious to the issues in one’s own town, it would be far-fetched to try to reach out to farther parts of the world. In contrast, a global citizen has more motivations to solve problems in his community, knowing that, in addition to helping people he knows in person, the good deeds will add up to a better future for humankind. In some cases though, the good deeds may go against the policies set up by local politics, and in such cases, a global citizen would still act with the belief that the world is bigger than any country. I would not consider such acts as an abandonment of nationality, since a global citizen takes actions for the sake of humanity, his own people included.

To fulfill all the responsibilities associated with global citizenship, a global citizen should have broader world views and move in bigger circles to address things at higher levels, compared to those who limit their interests in local communities. The types of actions may be different: political, social, economic, environmental, but a citizen of the world acts with the interest of mankind in mind, as nicely put together in Michael Jackson’s song:

Heal the world / Make it a better place / For you and for me and the entire human race.

The world does need some healing. In fact, the rise of global citizenship was made indispensable by the crisis facing us at global level: climate change and global warming, disputes and wars, famine and diseases. One country cannot deal with all that. A few countries together cannot deal with all that. We need global efforts to solve problems of such magnitude and far-reaching consequences.

In the short term, it depends on world leaders to make the right choices. In the long term, it’s down to each and every inhabitant of this world to restore and preserve our common home, the Earth, and to strengthen our relationship with each other and with nature. Right now, our world is wounded and facing potentially bigger damages. To heal the world, we need a new generation of global citizens, and such a generation could be shaped by education.

There is no overrating the role of education in creating a generation of global citizens. Young people spend a lot of time in schools, where they not only gain the knowledge and skills required to be upstanding adults, but also make friends and social connections. Schools are the first institutions that young children are a part of, and it goes without saying that schools should have very strong influences on their future. And yet, the education system today seems to be lacking in some way. To create a global citizen, not only knowledge, but also a new world view, has to be developed.

As previously mentioned, there are four stages of building a global citizen: awareness, understanding, association, and actions. Education could help with each step along the way, though to varied extents, since the whole process greatly depends on the response of each student. The first step seems like the easiest to achieve, and we already have the tools to do that, we just need to arrange them in a different, more effective, way.

The main point here is to introduce the idea of a big family, humankind, living together in a big house, the Earth. We have natural history, which tells the story of how all humans have a common ancestor, how we spread out from Africa to other parts of the world, and how the different races came into existence. All that is to create a sense of unity and to attenuate the barriers of nationalities, races and cultures.

We also have cosmology, which tells the story of how the Earth came to be, how small and seemingly insignificant it is in the vast universe, and yet how it is important to us as the only place known to harbor life. Things like Carl’s Pale Blue Dot should be made classroom stories. This video is available on Youtube (https://www.youtube.com/watch?v=p86BPM1GV8M), with beautiful piano background music, which I believe would fit nicely in classroom lectures at all levels.

At higher levels of education, we can work on stage two: understanding. The goal for this part is to help students develop their own world view toward a global citizenship. Since global citizenship is not an entirely new idea, we have some help from the past as historical figures already voiced the ideas over this issue, which could be included in existing courses, such as philosophy or world history. More recent world issues could be discussed in courses, such as socioeconomics. The key point is to introduce world affairs without pre-provided judgments; we should let students have their own verdicts. A useful method would be to have student seminars, in which they could pick a current problem and discuss potential solutions.

Another important part of ‘understanding’ is to understand the diversity that human beings exhibit in this world. In order to unite people, we have to understand what makes them different. In our current education systems, we already have courses such as history, geography and sociology, which explain parts of the differences in ethnic backgrounds and culture among different countries. But what I’d like to see more is the international exchange programs, in which students could experience differences firsthand, and hopefully, would come to realize that despite such differences, we are all human beings, who share common interests and could totally be friends.

The two latter stages – association and taking actions – are much harder to achieve, partially because it depends on each person and how much they want to get involved with society. Despite this difficulty, the education system could still help in fostering young people toward global citizenship. There are two key things: first, to provide students with the skills needed to explore the world, with regard to both gaining knowledge and forming connections; and second, to actually create the opportunities for students to act out their role as global citizens. In terms of skills, being able to use foreign languages, most notably English, is the most important.

As the international language, English is used universally in books, documentaries, news, which provide enormous amount of information. There is a limit to how much students can learn about world affairs in school, so they need to do a lot of self-studying, and not all the required information is readily available in their native language. In addition, due to political restrictions, in some countries, the information available is presented with a pre-imposed verdict from the states.

To become a global citizen, students need to have a broader world view, and it would be helpful for them to be aware of different ideas from outside the borders. With the Internet, this is not difficult to achieve, and erasing the language barrier could streamline this entire process. Foreign languages and communication skills are also critical, because to tackle problems at global level, international efforts are required and a global citizen would often find himself working with people from different parts of the world.

Through the process of self-studying and making connections, students could develop a sense of association with the world. To push it further, schools can create the opportunities for their students to work in various projects,which help them realize their potential impacts on the world. Schools, if big enough, should have their own programs, targeting problems such as environmental issues, helping poor people, expanding education to remote areas. Smaller schools could work with non-profit organizations to develop projects suitable for their students to partake. All these programs are the gateways to global citizenship, and the experience they provide, could make students associate themselves with humanity and with the world as a whole.

There is no guarantee that this strategy would work for everyone. After all, what a person decides to do with his life is his own choice, but we can use education as a way to influence the outcome, to at least give young people the encouragement to become a global citizen. We need a new generation of such residents of the world to deal with global problems. I see hope in young people, such as the Nobel peace prize winner Malala Yousafzai, I see hope in the international teams of health workers and scientists fighting Ebola.

Such positive thoughts filled my mind when I sat in a room full of young scholars at the end of the lecture by Steven Chu, looking at the image of Earth from space, adorned by the beautiful words of Carl Sagan:

“There is perhaps no better demonstration of the folly of human conceits than this distant image of our tiny world. To me, it underscores our responsibility to deal more kindly with one another, and to preserve and cherish the pale blue dot, the only home we’ve ever known”. 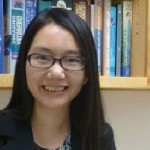