Witnessing the rapid disappearance of Bangalore's lakes and the efforts to save them through the lens of PeeVee.

As the countdown continues for the new Sustainable Development Goals in 2016, many parts of the world are already facing scarce natural resources and severe water shortages.

A new documentary and photo exhibit called the Bangalore Lake Diaries chronicles the rapid disappearance of Bangalore’s lakes—and the efforts to save them. 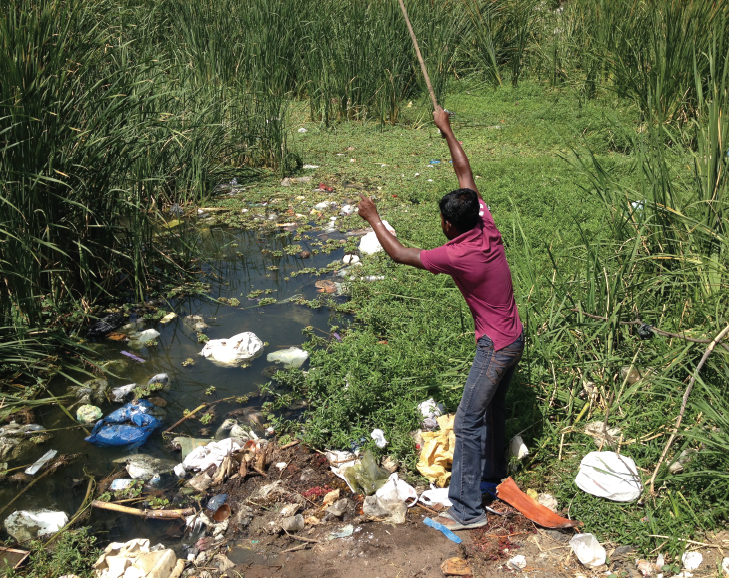 Boy fishing in the polluted waters of Agara Lake in south Bangalore.

The earliest record of the lakes dates back to the 16th century, when the founder of Bangalore—a chieftain known as Kempe Gowda—began constructing artificial tanks for irrigation, fishing and drinking water. Since then, the lakes have been expanded and adapted under the succeeding Mysore Kings and under British colonial rule.

The fresh waters of the lakes not only favorably influenced the city’s microclimate; they have also replenished groundwater resources and wells and provided livelihoods to generations of fishermen. Over the years, the Dhobhi Ghats, or steps leading down to the water, provided a place for washer-men and women to wash and dry their clothes. 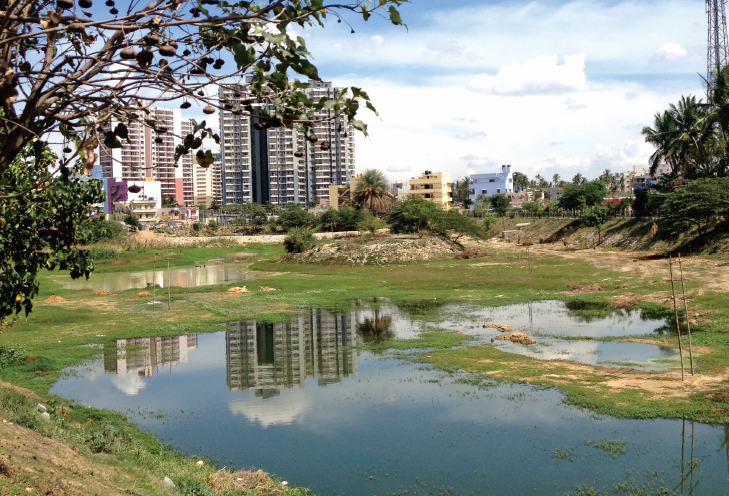 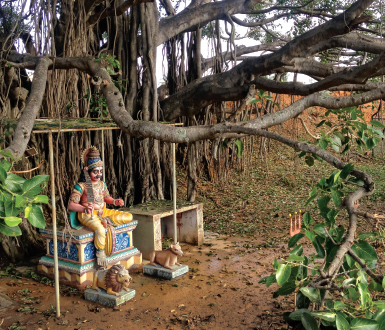 A temple on the lake bed of Munnekolalu Lake is
dedicated to the Kare Devaru, literally translated as the “Lake Gods”. 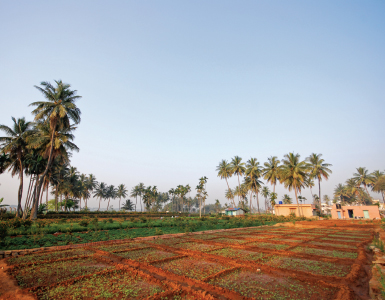 Encroaching residential areas and urban expansion, however, mean that many of the lakes’ tranquil waters have now run dry. In their place, Bangalore has built bus stations, stadiums, golf courses and markets.

Over the past two decades, migration to the city and a drastic expansion of Bangalore’s population has led to such high pollution levels that the water can no longer be used even for agricultural purposes. Buildings have begun to block the Raja Kaluves—major channels carrying overflowing water from one lake to another— leading to floods during the monsoon season.

Today, there are only 80 lakes left. 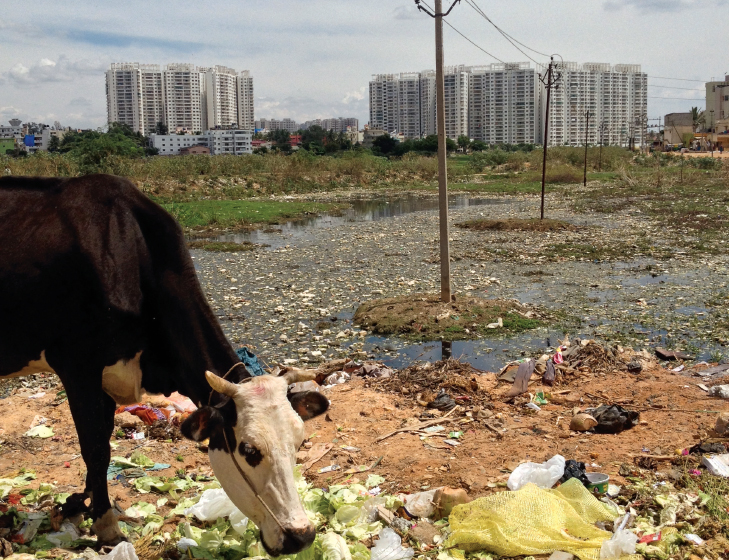 The polluted ecosystem of the Sarakki Lake in Bangalore. 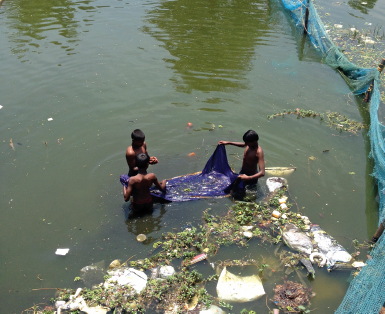 Children playing and fishing in the polluted waters of Ulsoor Lake. 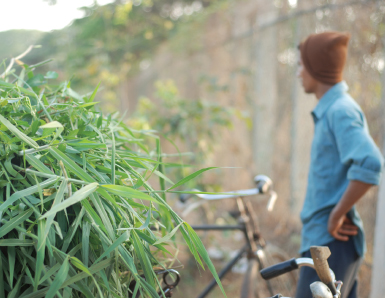 The grass collected from the polluted waters of Bellandur Lake,
the largest lake in the city, is fed to the cows in the area.
The milk from these cows has traces of pollutants,
perpetuating a vicious cycle.

But the story of the Bangalore Lake Diaries is not a hopeless one. In recent years, citizens in Bangalore have begun taking an interest in preserving what is left of the lakes. The city’s Lake Development Authority is doing its share to save the remaining water and the strong arm of the law has begun to crack down on illegal construction upon the lakes’ terrain. A recent demolition campaign will restore 33 acres of land to one of the lakes.

To save the city, we need to save its lakes. 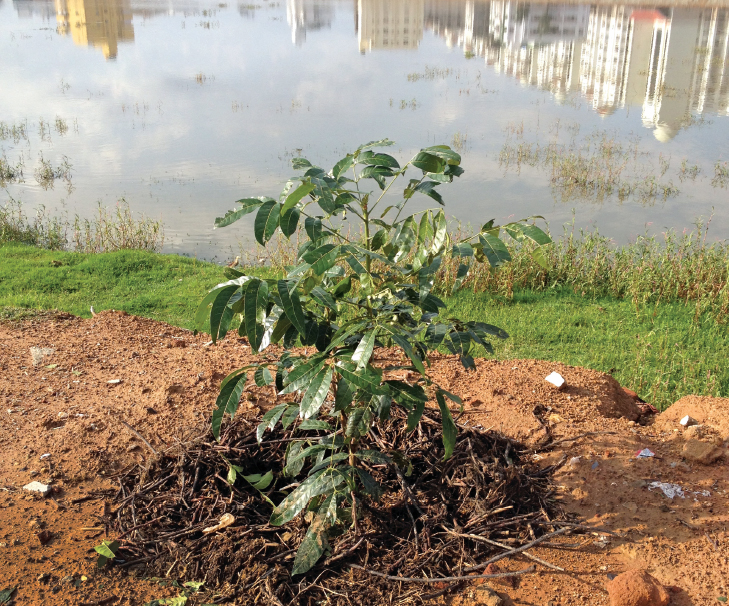 A recent trust fund has been maintaining and restoring Munnekolalu Lake,
as well as planting trees along its shores. 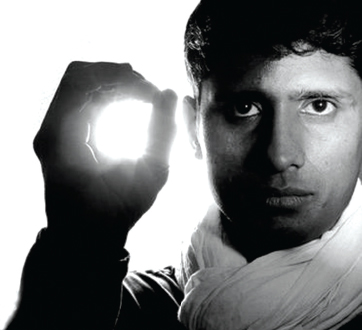 PEEVEE is a self-taught photographer and former chemical engineer based in Bangalore. His work, including a book on the Tour of Nilgiris, has been exhibited across the country. He currently works in close collaboration with non-profit organizations such as INTACH and IGIA School for fund-raising campaigns. He has also co-produced and directed a short film on the Bangalore lakes called the Bangalore Lake Diaries, which celebrates the efforts of those who want to save the city’s lakes.