A Future-Ready Mind: Why Mindfulness, Empathy and Compassion Matter

In the past decade we have seen a sharp rise of interest in secular, science-based mindfulness practices in both the public and private sector organisations and educational settings around the world. Mindfulness trainings are now offered in organisations as diverse as Google, Starbucks Coffee Company, The United Nations, The World Bank, public schools in the United States and the British Parliament. This spike in interest is no accident as some of the latest neuroscience, genomic and behavioural research suggest that the practice of mindfulness can systematically train the brain and create useful mental habits that promote resilience, performance effectiveness and social and emotional intelligence, including empathy and compassion. This trend of mindfulness in educational and workplace settings is likely to continue as evidence suggests these skills are increasingly important for current and future success in life and work.

Particularly interesting is the growth of mindfulness programmes for both teachers and school-aged children. Mindfulness curriculums, which include social and emotional learning components that develop empathy, compassion and emotional intelligence are now being taught in elementary through high schools around the world. Mindful Schools, for example, has taught its evidence-based mindfulness curriculum to over 1 million school-aged children worldwide. The efficacy of the Mindful Schools programme was studied in one of the first-ever large, randomised-controlled studies on mindfulness in children and the research found statistically significant improvement in paying attention and participation in class versus the control with just 4 hours of mindfulness instruction for the students. Similarly the Mind Up Programme, which is based on neuroscience, mindful awareness, positive psychology and social-emotional learning has been taught to over 1 million children across 4 continents and is seeing similar positive benefits. In fact, there is increasing evidence that suggests that the effects of developing the core life and work skills associated with mindfulness help improve not only empathy and compassion but also performance and happiness both in school and workplace settings. 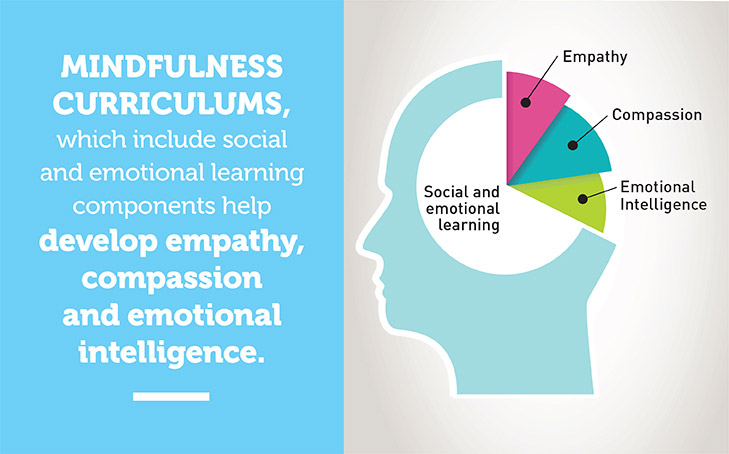 Children who learn mindfulness skills as early as kindergarten, for example, were found to experience long-term benefits including improved education, employment, crime, substance abuse and mental health outcomes in adulthood1. Other outcomes for school-aged children include improved attention and focus2, better grades3 and better behaviour in schools4. Finally, mindfulness training in schools has shown to improve emotion regulation in children5, empathy and perspective taking skills6 and social skills overall7. The evidence is quite clear: training in mindfulness, empathy and compassion helps children and adults develop a future-ready mind by preparing them for the ever increasing complexity and demands of a world changing more rapidly now than at any other point in human history. 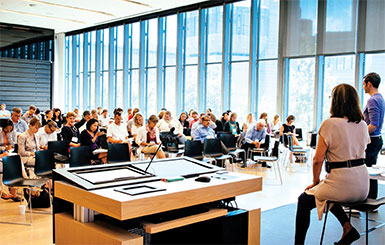 In many ways, mindfulness, empathy and compassion help people deal with the increased pace and intensity of a technologically-enabled, hyperconnected world. The challenges of contemporary work cultures are described well in Mckinsey Quarterly which notes that, “always-on, multi-tasking work environments are killing creativity, dampening productivity and making us unhappy.” In this context of increasingly hyperconnected, always-on work cultures, mindfulness can be a powerful antidote. According to the American Psychological Association, empirically supported evidence of the benefits of mindfulness include: stress reduction, enhanced focus, better working memory, higher cognitive flexibility, increased emotion regulation, decreased anxiety and increased empathy. It is no wonder that mindfulness offerings are growing as part of workplace learning and development programmes. And there is strong evidence to support the fact that mindfulness, empathy and compassion create cultures of success in the workplace.

Mindfulness helps draw attention to internal experiences and assists in dealing with stress at the workplace, thereby enhancing productivity

Mindfulness, empathy and compassion have been found to have significant impacts on employee performance, engagement and profitability, for example. In a ground-breaking study conducted by The University of New South Wales, which looked at 5,600 people across 77 organisations, researchers concluded that the ability of a leader to be compassionate – “to understand people’s motivators, hopes and difficulties and to create the right support mechanism to allow people to be as good as they can be” – had the greatest correlation with profitability and productivity in those organisations. Similarly, the Greater Good Science Center at the University of California, Berkeley found that compassion increases positive emotions, creates positive work relationships, and increases cooperation and collaboration at work.

There is also mounting evidence to suggest that mindfulness benefits the bottom line results in organisations. In a pioneering study at Aetna Insurance Company, for example, more than 12,000 employees participating in mindfulness programmes offered by the company showed an average of 62 minutes per week of enhanced productivity, saving the company $3,000 per employee annually. Additionally, social psychologists Laura Kiken and Natalie Shook, have found that mindfulness predicts judgment accuracy and insight-related problem solving. In a related study, cognitive neuroscientists Peter Malinowski and Adam Moore found that mindfulness enhances cognitive flexibility. Finally, in a wide-ranging study, organisational psychologists Erik Dane and Bradley Brummel found that mindfulness facilitates job performance. Interestingly, digital mindfulness training has also proved to be efficacious – in research conducted by preventive medicine researchers Kimberly Aitken and her colleagues, results indicate that online mindfulness programmes have been shown to be practical and effective in decreasing employee stress, while improving resiliency and work engagement, thereby enhancing overall employee well-being and organisational performance.

The opportunity here is to develop a generation of children who have future-ready minds to meet the growing personal, social and planetary challenges they will face when they inherit the legacy of the world we live in today.

In the dynamic work environments that exist now and into the future, mindfulness, empathy and compassion skills will be more important than ever for performance, collaboration and innovation. This is why mindfulness programming in educational settings, which have proved efficacious for school aged to high school students – are important to introduce into school curriculums. The opportunity here is to develop a generation of children who have future-ready minds to meet the growing personal, social and planetary challenges they will face when they inherit the legacy of the world we live in today. 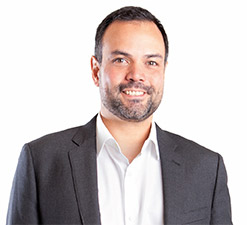 Dr. Rich Fernandez is the CEO of the Search Inside Yourself Leadership Institute (SIYLI), a non-profit organisation originally developed at Google that now offers mindfulness and emotional intelligence training to communities and organisations around the world. Dr. Fernandez also co-founded Wisdom Labs, an organisation that brings the science of mindfulness, resilience and thriving into organisations.

Previously, Dr. Fernandez was the Director of Executive Education at Google and the Head of Learning and Organisation Development at eBay. Prior to his work in the technology sector, Rich was a Learning and Leadership Development Executive at J.P. Morgan Chase & Co. and at Bank of America.

Dr. Fernandez was trained as a psychologist and received his Ph.D. from Columbia University, with a focus on Organisational Psychology. He is also an author and frequent contributor to Harvard Business Review, a neuroscience enthusiast and a long-time trained and certified mindfulness practitioner and teacher.