UNESCO MGIEP's #KindnessMatters Campaign garners over a Million Acts of Kindness! Click here to read about our journey
Menu
Home Newsroom About People

As many as 69 million children are missing out on the basic human right to an education. Many of these children are out of school because they live in a part of the world that is affected by crises—including extreme poverty, conflicts and natural disasters. Considering the recent violent events taking place around the world, the time to put education first is as crucial as ever. At UNESCO MGIEP, we have decided to launch a photo contest to give young photographers a platform to show how education, and hence the lives of children in crisis-stricken parts of the world, is affected by crisis.

We received almost a hundred photographs from participants between the ages of 18 and 34 from 17 countries across the world, including from Afghanistan, Germany, Indonesia, Tanzania and , Turkey to name a few.

The photographs we received capture a broad range of circumstances in which children’s access to education is in jeopardy. These circumstances include violent conflict, persistent poverty, social exclusion, gender inequality and natural disasters. Children living in these situations lose out on crucial years of learning and often experience psychological scars from witnessing or experiencing violence, destruction and other hardships.

Choosing the top three winners was not an easy task as many of the images displayed amazing creativity, talent, and enthusiasm – which made the judging extremely challenging! So we decided to showcase other images as well to give a broader picture as to how the meaning of crisis varies in different parts of the world. The images were evaluated after rounds of thorough discussions where three criteria were taken into consideration — 1) relevance 2) visual appeal and 3) original perspective on the theme. Congratulations to the winners and a huge shout-out to all the participants for capturing their thoughts so creatively. Enjoy!

In Nepal, lack of education is a result of many factors – political instability, poverty, lack of awareness, and most recently the earthquake which has had a great impact on everything including the education system. Most people here are not able to read or write because there are not enough schools in the country, and hardly any learning and teaching occurs in rural public schools. 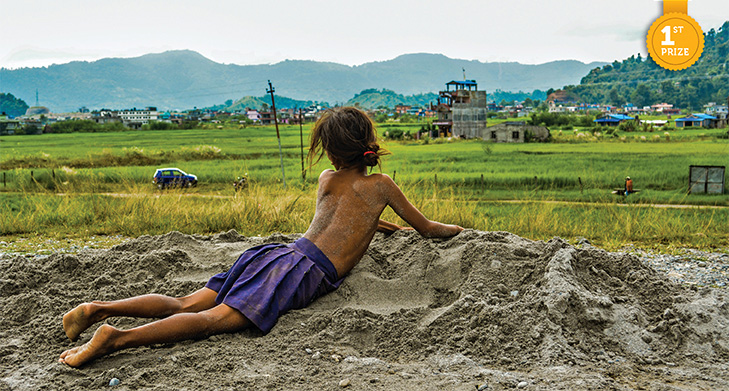 “This image is a clear reflection of how poverty is crushing the dreams of millions of children in Nepal. The photo shows a girl wearing a school skirt uniform and represents the economic instability and living conditions of schoolchildren in the country.” 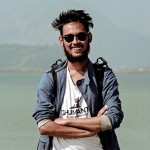 Rishav Adhikari is a photography enthusiast and a traveller. He is currently pursuing a Bachelor’s in Computer Science from Pokhara Engineering College, Nepal.
He also works as a photographer at Cityof7lakes.com and as an IT Consultant at Hotel Day Break. 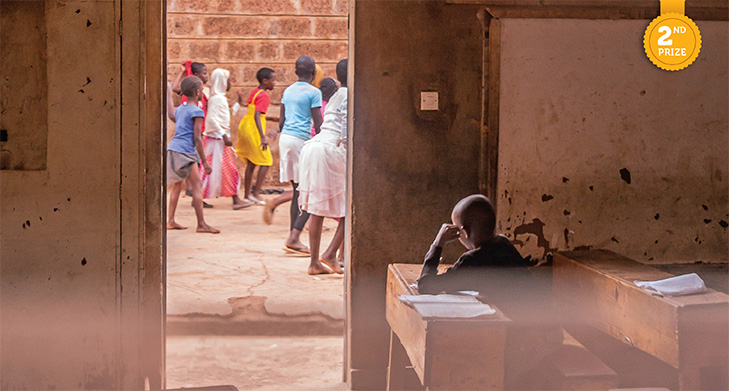 “7-year-old James Omondi sits alone in a Standard 2 classroom at the Olympic Primary School in Kibera, studying all he can while his schoolmates play outside. This comes at a time when the education system in Kenya was undergoing an absolute crisis and teachers were on strike asking for a pay raise in early September 2015. The government later gave a nationwide directive to close all public schools indefinitely because the strike was intensifying beyond its control.” 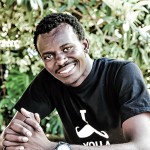 Brian Otieno is a 22-year-old undergraduate student of journalism at the Multimedia University of Kenya. He is a freelance photojournalist in Kibera and is passionate about meeting new people, telling their stories and raising awareness 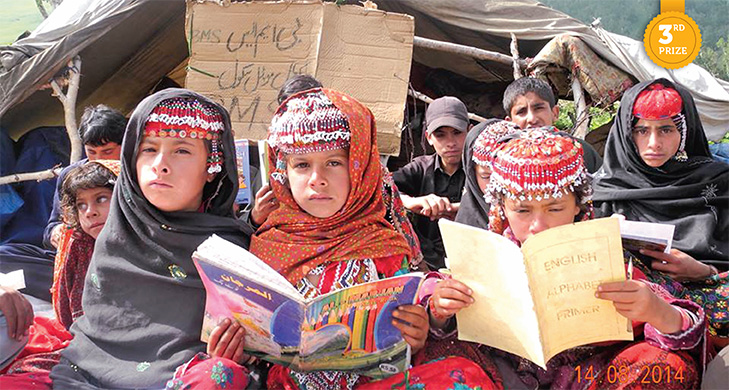 “These girls belong to a Bakarwal community in Pakistan. People of this community have lived a nomadic life for generations and are subject to marginalisation.  Due to lack of relevant educational opportunities they remain largely illiterate and at an economic disadvantage.” 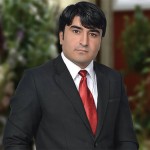 Haroon Janjua is a freelance journalist in Islamabad, Pakistan. He has won several awards for his work such as the 2015 UNCA Award, 2015 Global Media Awards from The Population Institute, Washington DC, and the 2015 IE Business School Prize for best journalistic work on Latin America’s Economy in Asia. He can be reached on Twitter @JanjuaHaroon. 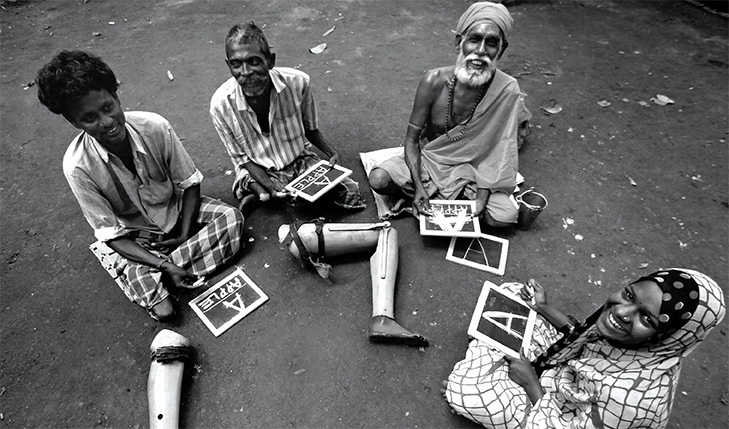 “These people lost their legs in the Bhuj earthquake on January 26, 2001. A rural teacher is giving them basic education so they can live independently.” 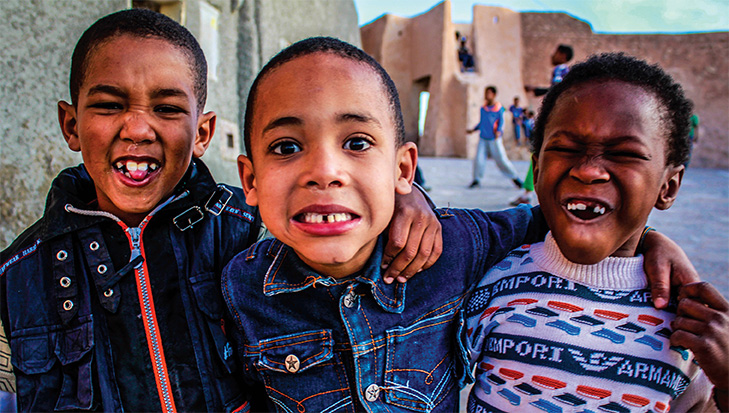 “This photo was shot in Ghardaïa, Southern Algiers. These kids live in a neighbourhood that is well known for poverty and segregation. What makes the image special is the happiness you can see on the faces of these children who don’t understand the gravity of how lack of educational opportunities can affect their future. They are enjoying their lives irrespective of the odds.” 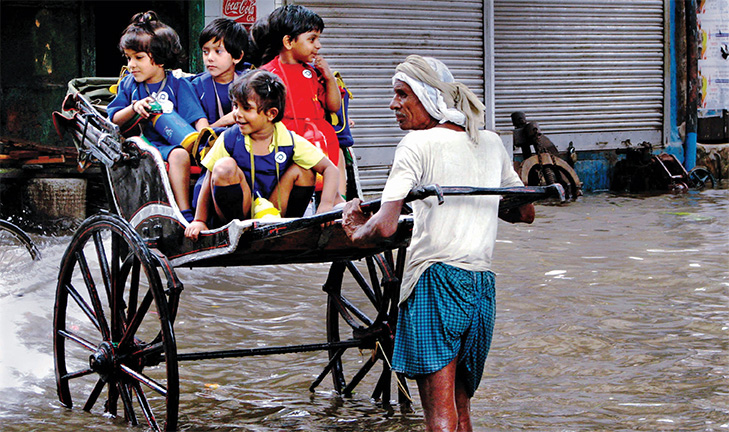 “This is a very common scene in Kolkata during the monsoon season. These kids

are on their way back home from school. As you can see, there isn’t enough space
for kids to sit properly and their safety is also a concern here as these rickshaws are not always in good shape. Their wheels break down very often in this season because of uneven roads and water logging.” 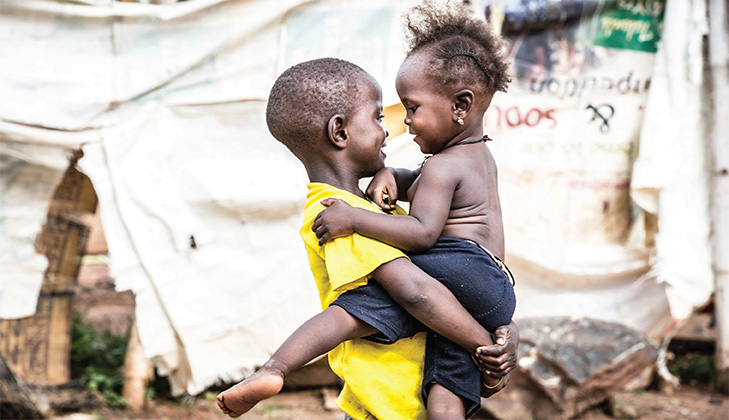 “10-year-old Aminu and his 3-year-old sister Amina live in an Internally Displaced Persons (IDPs) camp in Durumi, Nigeria. Like many other children, they are out of school due to the activities of the BokoHaram terrorist group.” 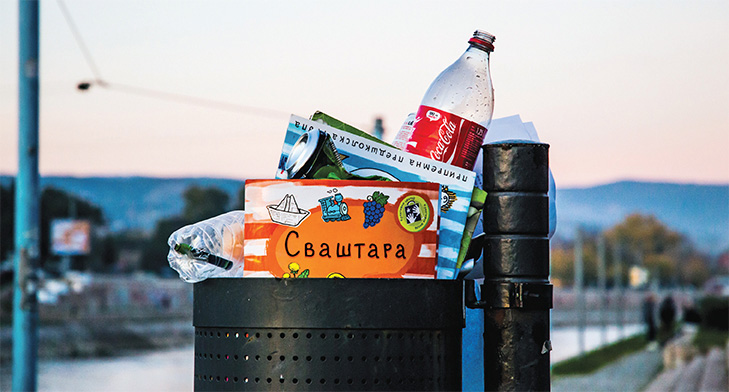 “This shows the real picture of our society. They take away creativity and individualism and leave no space for real learning to happen. You learn something that you are not interested in…and what happen to things you don’t need? You throw them away, just like these books.”